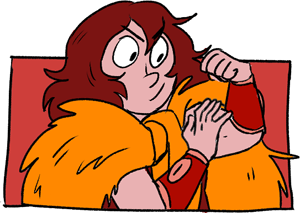 An average teen who fell into the Rainbow Dimension and stabbed a monster bear to death with her bike. She then decided to quit her day job to punch monsters for a living. Snarl has super strength and a super volatile temper. Somewhat naïve, and loves adventure. 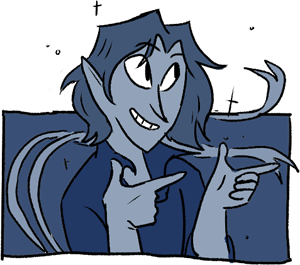 Snarlbear’s quick-talking, self-appointed agent and manager. He is a ghost elf from the mysterious floating city of Monochrome. Not the most loyal of friends, but good in a tight spot if there’s something in it for him. Likes money, ribbons and shiny things. 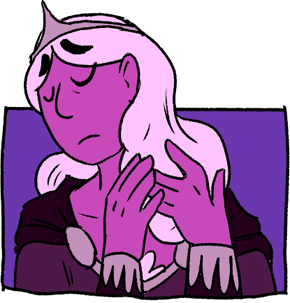 A Unicorn Prince, curséd and cast out from his Rightful Royal Seat of Power as Unicorn Ruler of the Rainbow Dimension. Makes a lot of promises for a deposed ex-horse man. Theatrical, and tragically beautiful. 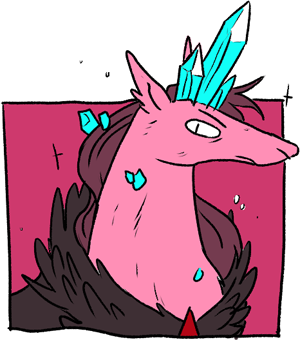 Narcissico’s usurping sister, under a Crystal Curse that gives her enhanced, crystal-themed magical powers. Ruthless. Hates elves, and a lot of other things. 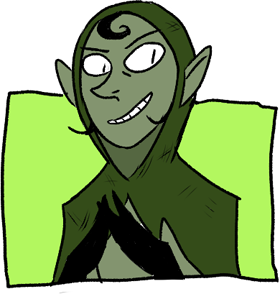 A mysterious bounty hunter elf, also from Monochrome. What is her deal? 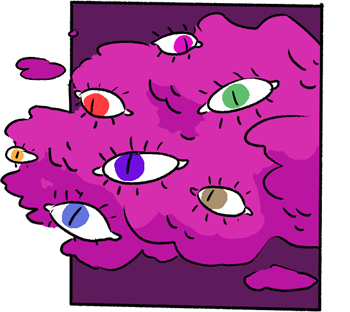